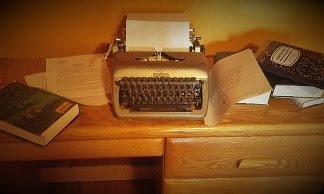 1917-Two hours of running through a trench

Hello, dear fellow film aficionados. Welcome to my review of the epic World War 1 movie, 1917.  WARNING: Spoilers Ahead. Read on at your own risk.

I went to this movie with high expectations. Having seen a documentary on how much work went into filming it, including changing an empty field into a mass of trenches and bunkers, I was excited to see the finished film.
I was also interested to observe each scene and see how the director filmed them, hoping to learn and possibly pick up some pointers.
However, from the first scene, I began to be less than impressed. With such a fascinating and engrossing subject matter, I expected the first scene to draw us into the conflict and excite us to join the men in the battle. Instead, it was simply two men sitting in a trench talking.
And the talking goes on as they walk endlessly through the trench, for what seems like an eternity, around corners and past a million sandbags and to past a hundred bored soldiers. This is not the epic start to a war movie I expected.
Then we finally get to the plot, actually fairly quickly, and with little fanfare or buildup, making it seem very anticlimactic. The brother of a soldier on the front lines, Lance Corporal Tom Blake, is to deliver a message to his brother's commanding officer, Colonel McKenzie in order to keep his brother and his platoon from walking into a trap.
So begins the epic journey as Blake and his best friend Schofield set off on their quest, which includes more walking through trenches. Hours and hours of walking through trenches, or so it feels.

They are told by the officer at the end of the trenches that it is terribly dangerous just beyond the trenches, and they won't make it very far before being mowed down. They, of course, go anyway, and as we watch them, they crawl past dead horses, through barbed wire defenses, and in deep tunnels.
And nothing really happens to them. They don't even meet one enemy soldier. So this moment of tension is ever so slowly burst with no real payoff.

Then something dramatic happens. They witness a dogfight in the sky, and wouldn't you know it, the German plan crashes right in front of them. So what do these soldiers do? Drag the German pilot to safety, of course, and then fetch him water.
Tragically, Blake decides to turn his attention away from this enemy he is trying to save, and the solder, acting like a real soldier, stabs him. Blake dies, having been one of the poorest and most foolhardy soldiers in the war.

Now it is up to Schofield to "soldier" on. And what does he do? Walk through more trenches, of course. Along the way, he gets shot at by a sniper he magically manages to hit with one shot from the trench. But then, with little common sense, he sneaks up to see his kill and is wounded by the sniper before killing him.

Next, he wanders through more trenches until he comes to a destroyed village, where he sees a German soldier and stares at him until the soldier has had enough of it and starts shooting at Schofield.
Schofield manages to run away and hide and the German soldier, with seemingly poor eyesight, runs right past his hiding place. In the rubble of the old abandoned house, our erstwhile hero finds a woman and a baby hiding, in what seems to be an empty shell of a house. Interesting that the Germans squatting in the area never found her or her baby, but fortunately, they did not. Schofield just happens to have a canteen full of milk for the baby. What an amazing coincidence!

Schofield leaves, but now three German soldiers see him! He runs for what seems like a football field in a straight line, with the Germans shooting at him, but they seem to have worse vision than the first soldier, for none of them manages to hit him.
He falls into a river, fortunately, and after going over a waterfall and climbing over bloated dead bodies, he makes it to safety.
Next, he comes to the strangest scene in the movie, where a whole platoon sits in the woods in the middle of the war holding a concert. They sure don't seem worried about the Germans or being heard, for none of them seem intent on anything but the soldier singing an old Irish ditty.

Back to more trench walking. Now he finally reaches the platoon he is seeking, and naturally, none of the officers believe him. He has to fight his way into the room with the Colonel he is there to see, for no discernible reason, and after what is supposed to be a deep moment of tension, it appears the Colonel is going to refuse a direct order and attack anyway, but finally he relents. You could cut the tension with a knife!

The movie should have ended there, for the rest is anticlimactic and actually quite boring. Schofield finds Blake's brother and tells him of his death, which is a gloomy and depressing scene.
The movie ends not with a bang but with a whimper, as Schofield sits against a tree, and that's it.

This movie did not depict in any way the reality of the war during WWI, and in fact, tells you nothing at all about the conflict. People who watch this hoping to understand the war better will be very disappointed. There was very little actual conflict and not much tension either. At one point, my wife had to wake me up, for I began to snore. This is the first war movie I've ever been to that would make a good sleep potion.

I was very disappointed in this movie, for I was looking forward to a Private Ryan, and ended up with a Gomer Pyle.
I give this movie a rating of 4 out of 10.
Let me know in the comments your opinion, and I'd love to hear what you think of mine, as long you keep a civil tongue in your head. We are, after, not at war.
Thanks for reading.
Posted by Mark Robyn at 8:29 PM